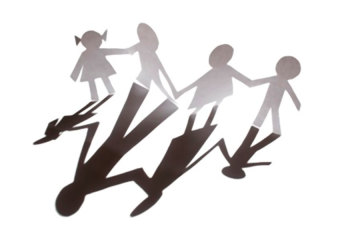 Family law is another vital practice area regardless of whether the need for representation arises because of divorce proceedings, child custody disputes, or domestic violence allegations. I take pride in providing zealous, capable and aggressive advocacy, tempered with flexibility to minimize the trauma that will inevitably be inflicted upon my clients’ children.

No-fault divorce is the most efficient mechanism for obtaining a divorce.  More often than not both spouses know when the marriage is over. There are many grounds for establishing divorce where one party is unwilling to consent to divorce and even when both parties want to end the marriage, one or both will assert the traditional arguments to oppose divorce in order to extract financial and/or child custody concessions from the other. An amicable, no-fault divorce with all issues negotiated in an adult-like manner is always the preferred route especially when children are involved. If, however, things cannot be resolved amiably, I have plenty of experience with the contentious financial and child-custody and support matters that arise far too often in the divorce setting.

Child support is an obligation that applies both to parents who share custody of a child and parents who don’t have custody. Income considerations serve as the primary base for determining the amount any particular individual must pay. If both parents have similar income and roughly equal custody, then each parent’s child support entitlement cancels the other’s. There are situations where the primary custodial parent with a significantly higher paying job can receive child support from the non-primary custodial parent because all parents should make contributions to their child’s well-being.

Child support can become a highly contested issue where the parents have widely disparate incomes and where the primary custodial parent earns significantly less than the other. The District of Columbia uses guidelines to calculate a range within which the judge will determine the amount to be paid. Certain considerations can reduce the amount of income that is calculated for guideline formula purposes, such as whether the non-custodial parent has other children from other relationships.

Inevitably, a question arises as to who will have primary custody, meaning more time with the child, because an exact split of the child’s time with each parent is rarely practical and rarely serves the child’s best interests unless the parents live within a few blocks of each other.

The District of Columbia recognizes eighteen factors for determining custody.  These categories are somewhat interrelated and the law does not specifically identify any particular factor as primary. The law also does not require judges to assign points to each category in a score-card type fashion to determine custody. Rather, judges can and should apply each factor as appropriate to the circumstances of the case. For instance, one factor is “the child’s stated wishes”. Because it is inappropriate to ask an eight-year old which parent he wants to spend most of his time with, this factor carries less weight in a case determining that child’s custody arrangements than his seventeen-year old sister.  The most common factors used are 1) whether either parent has been the perpetrator of an act of domestic violence (which obviously works as a negative factor, especially if directed at the child), 2) the extent to which changing the status quo will harm the child. (For instance, a parent who has primary custody at the start of a child custody battle over an eight-year old who is thriving socially and academically in a neighborhood elementary school or private school can rightly assert that he should not lose custody to a parent who lives in Virginia or Maryland or another area of the District of Columbia that will require placement in another school or an hour long morning and afternoon commute to the same school. Another important factor is the ability of the parents to get along with the other. Often times, the hostility between the parents can be unbearable and it is hardly uncommon for parents to not glare at each in court and in front of the judge. However, there is usually one parent who is more willing than the other to communicate and work with the other for the benefit of the child. Almost without exception judges recognize who that parent is and weigh this factor heavily in favor of that parent.